About The Author & Founder Andrew Calderella 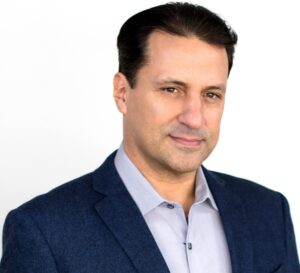 Short Introduction
Andrew was born in Detroit, Michigan, in 1966 to parents fighting for the civil rights movement. His life is a combination of The Rocky Story, Think and Grow Rich, & The Celestine Prophesy on Steroids! He has been through so many harrowing and intense situations that those stories alone could fill volumes.

He has overcome dyslexia, other learning disabilities, being legally blind in one eye, and being bullied to become a school leader, athlete, and attain university degrees in Speech & Communications, Religious Studies, and Eastern Philosophy. He has lived overseas, traveled the world, is a martial artist, yogi, and what many call a health and fitness fanatic. He is a serial entrepreneur and has run a successful strategic consulting firm for over 20 years. He is the creator of The 7th Foundation, The One Tribe, One Movement, One Party, and the bestselling author of The Way, 7 Revolutionary Steps to Living a Meaningful Life & Making a Real Difference in the World.

Andrew is an inspirational speaker, trainer, and coach who specializes in helping everyone be their best in all areas of life while making a more significant positive impact in our world. He is helping some of our world’s leading movers and shakers and will influence many more in the years to come.